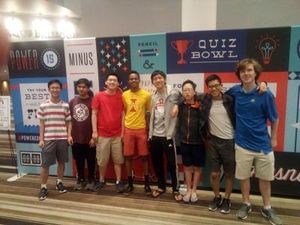 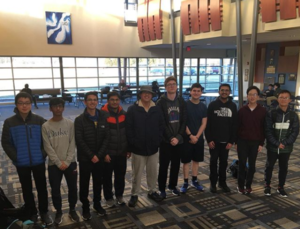 Before the 2020 free agency, CHS announced the creation of three new teams: the C Team, the D Team, and the E Team. The C Team signed freshman Shravan Chengalva, sophomores Lucca Mo, Eric Yang, and Matthew Rao, and junior Raymond Pan. The B Team attempted to trade Jordan Seigel and a 2025 first-round pick to the C Team in return for Raymond Pan, but the trade was nullified by NAQT for "Quizbowl reasons." Archit Kalra signed a 3-year, $90 million extension with the A Team, becoming the highest paid player in Quizbowl history. Nolan Jones, affected by the tragic loss of Nolan James, decided to take his talents to South Beach and join the B Team in his ESPN-exclusive documentary "The Quizision", joining forces with Neal Joshi and Harry Zheng to form a Big Three. However, the B Team would lose their first option player in Shrithan Sandadi to the E Team, with Sandadi signing a 2-year, $30 million contract with the expansion franchise. The last expansion franchise, the D Team, signed Jack Liu on a $2, 2-year contract and Canaan He on a $5, 3-year contract, and are expected to become the first team in Quizbowl history to lose every match this coming 2020-21 season.

The Hounds spent the first half of the season playing online tournaments in the Great Lakes area near Indiana, with a notable win at Class Act and coming runner-up to Russell at Purdue Buzzathon. In the start of 2021, the B Team shocked the Carmel program by winning Country Roads Invitational in Pennsylvania, with A Team placing third and both teams qualifying for the 2021 HSNCT. Soon after, Carmel came runner-up at DART Mainsite under the team pseudonym "Imperial College of Engineering" as a nod to the famous film 3 Idiots. After a dominant performance at Indiana state regionals, the Hounds fell in two close games to St. Joseph in the Indiana State finals to come runner-up for the second time in Carmel's history. The Hounds rebounded heavily come nationals season, with the A Team placing 8th and the B Team placing 31st at the 2021 HSNCT. The Hounds would officially end the 2020-21 Season placing 5th at the 2021 ONCT. Carmel players Akash Bhowmik, Archit Kalra, and Shrithan Sandadi represented Indiana at the 2021 NASAT, finishing 22nd overall in Indiana's first showing at NASAT in seven years.