From QBWiki
(Redirected from Vulcher)
Jump to navigation Jump to search 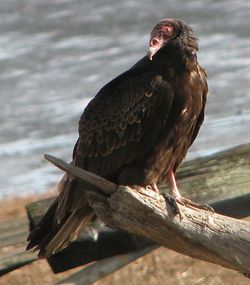 Vulturing or vulching is the act of racing to beat out teammates to a tossup after the other team has negged. Though many vultures (or vulchers) still have the courtesy to wait until the end of the question to engage in the activity, some will interrupt the question.

Due to CBI's archaic policy on nonverbal conferral and the vast number of negs piled up in these tournaments, vulturing was allowed and encouraged on CBI questions to ensure that you beat your teammates to the buzzer when you had the right answer and didn't know that they did. Ever since CBI ended its competition program, and NAQT allowed tossups begun before the end of a half to be completed after the timer runs out, most acceptable reasons for vulturing have been eliminated in the modern game of quizbowl.