The University of Iowa is a public university located in Iowa City, Iowa. It attended tournaments, including ACF Nationals, pre-2008, but entered a period of little to no club activity until 2017. Cole Kitzman transferred from Iowa State to Iowa, and began the quiz bowl club again. In the first year after its creation, the club only held small practices.

With the arrival of Tony Cosimini and Ganon Evans, in 2018, the club rapidly grew and competed in local events. Iowa won the Truman State mirror of 2018 Penn Bowl and qualified that year for 2019 ICT and 2019 ACF Nationals, to which they drove to in Philadelphia.

Both Iowa teams as they wait for the beginning of play at ICT '08: 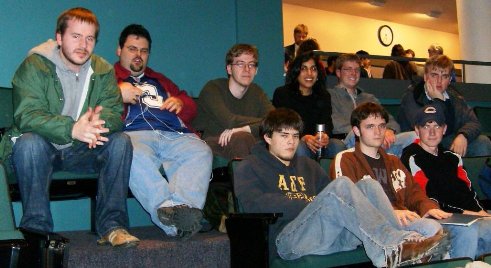