Won by Booker T. Washington over Clinton in a 380-350 final. Semifinalists were Plano East and defending champion Dorman.

Questions at this tournament included "Can you identify the Horsehead Nebula in the Milky Way?", "Do you know the names of the two apostles Tom Sawyer named in Sunday School?", and "The hair of a dog and the feathers of a bird are part of what basic animal body system?" The question "How many California condors are in the wild?" led to a protest.

Matt Bruce joined the NAC Hall of Fame after the tournament.

The final three rounds of the single-elimination were broadcast on KPRC in Houston as part of a nationwide syndication package. 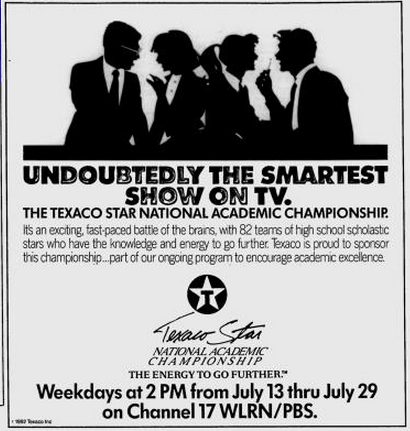